This guide has more recent changes. Switch to the latest unverified version.

Written By: Pierros Papadeas (and one other contributor) 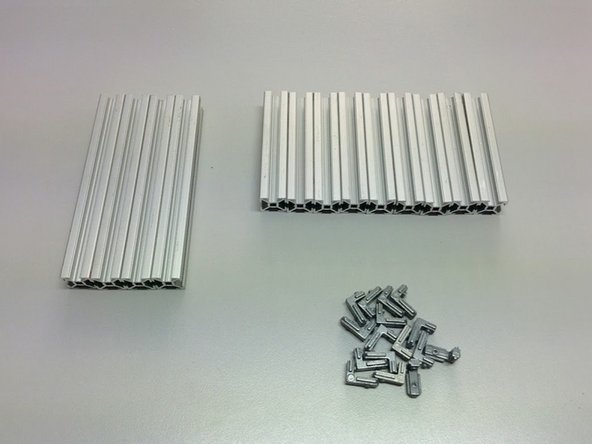 *Some of the pictures in this guide are from previous versions of the rotator.

Cancel: I did not complete this guide.

One other person completed this guide.

I’m building the rotator in these days. I bought a standard “EU 2020” Hidden corner connection slot 6, but the sides of the “L” are too long (26mm) and in some cases interferes with other parts. The hidden corner that I see in the pictures seems to be shorter. Where have you bought them?

Anyone know where I can find the design file for the following:

- Axis Side with homing sensor mount

I can’t seem to locate them.

OK, so where do the electronic boards boards go? How do you align all this up? There seems to be a lack of configuration management on what is out there on the website. I've been trying to piece this system together for well over a month and I am still confused on how these parts go together. Where is the azimuth section (since it doesn't have the boom going through both sides)? Where are the enclosure parts for weatherproofing? Does the Arduino board go inside one of these chassis or is it separate - if separate where does it go? How do you align the motors up so you know where you are point at boot up? I have a lot more questions than answers on this project.

From which plastic 3D parts have been printed?

ABS but PETG would work fine too

Choose a size and copy the code below to embed this guide as a small widget on your site / forum.